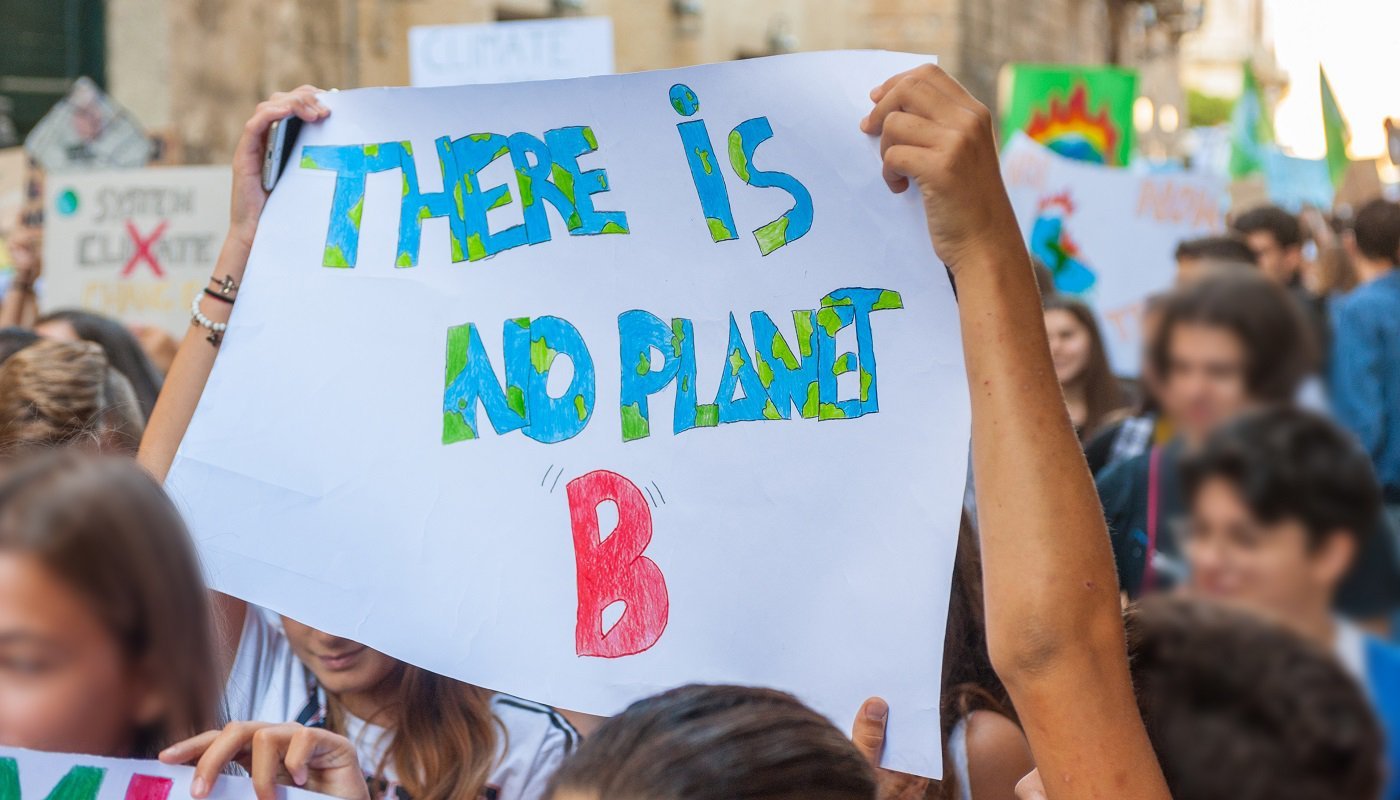 Protests are a crucial part of climate activism. The Covid-19 pandemic has forced many demonstrations to halt, but some events have still been able to happen safely. Learn about what’s currently happening and get inspired (or involved!).

Fridays for Future is the movement originally started in 2018 by Swedish activist Greta Thunberg. It is led and organized by young people and seeks to put moral pressure on policymakers to take more aggressive climate action.

Fridays for Future organized a worldwide climate strike for Friday, September 24. The day’s theme was “Uproot the System” and focused on amplifying the voices of Most Affected Peoples and Areas, or MAPA.

Young climate activists took to the streets across the world to push for climate justice. They called for swift action to reduce emissions in the global north through defunding fossil fuels and creating more detailed climate action plans.

The Line 3 project is an expansion of an existing pipeline that was built in the 1960s. The new route is longer and replacing the current pipes would allow more oil to be transferred.

The new route brings the pipeline closer to the Mississippi River and other waterways in Minessota, which puts them at risk from potential oil spills. The pipeline also threatens protected Native American rights to the land, which infringes upon several treaties the US government signed.

Stop Line 3 is an organization committed to stopping further work on the project. Currently, they are hosting a walk along the pipeline with indigenous leaders and other volunteers. The walk started on September 12th and will end on September 30th.

3. Hunger strike for the German election

Germany just held its general election on September 26, marking the end of Angela Merkel’s 16-year term as chancellor. A small group of activists organized a hunger strike leading up to the election, demanding a public conference from the three leading chancellor candidates.

When none of them responded, most of the protesters dropped out of the strike. One stuck it out- a 21-year-old activist named Henning Jeschke. He was joined on September 20th by 24-year-old Lena Bonasera, and the pair began refusing water in addition to food on September 25th, the day before the election.

Jeschke and Bonasera ended their strike when the leading chancellor candidate Olaf Scholz agreed to meet with them following the election.

Activist group Insulate Britain blocked access to the port of Dover, one of Europe’s busiest ferry ports on September 24th. The port handles 17% of the UK’s trade goods and is the largest blockade the group has yet enacted. 39 activists were arrested.

Insulate Britain’s goal is for all of the UK’s homes to be insulated by 2030 since 15% of the country’s emissions come from the outdated architecture of housing. An injunction is now in place for the group, meaning that members could face imprisonment for any future demonstrations.

Extinction Rebellion (XR) is a UK-based activism group focused on public demonstrations to bring climate change to the forefront of discussion. They hosted the “Impossible Rebellion”, a 12 day series of protests and demonstrations across the UK.

Some highlights of the protests include a “March for Nature” with vibrant costumes and floats, a “die-in” of sixty healthcare professionals outside of JP Morgan in Canary Wharf, a public assembly sit-in on a busy street, and a public nudity display to highlight everyone’s vulnerability in the face of fossil fuel funding.

Also hosted by the Extinction Rebellion, the Earth Fast is a nationwide fast in the UK beginning on August 28. Some rebels will fast for one day, some for a week, and others until their demands are met.

Some of the long-term fasters will set up shop in a “hunger camp” within view of the Houses of Parliament in London to amplify the statement of the protest. They hope to bring attention to deforestation, flooding, crop failure, and water scarcity, among other pressing issues revolving around climate change.

The UK fast will happen in conjunction with fasts in communities across the world.

COP26 is the upcoming UN conference on climate change set to take place in Glasgow in November. Greenpeace and several other activist groups have called for the conference to be postponed due to the Covid-19 pandemic and safety concerns.

Greenpeace has said that the conference should be accessible to all, especially more disadvantaged groups whose voice needs to be amplified. The conference won’t be accessible for people who are struggling financially from the pandemic.

Not all delegates set to attend the conference have been able to access a Covid vaccine, and the coordination of providing them has been ineffective.

The Group of Seven conference is an annual meeting between the heads of state of France, Canada, Germany, Italy, Japan, the United Kingdom, and the United States. This year it took place in June in the UK.

More than 500 protesters gathered during the summit, many of them dressed as the heads of state in attendance. There were group chants calling the leaders “liars” for failing to deliver on their promises for climate policy. Some protesters took to the water while others donned vibrant colors to occupy the streets.

A Greek actor and activist named Agis Emmanouil is currently running all the way from Athens, Greece to Glasgow, United Kingdom to arrive in time for the G7 summit in November. That’s over 2,000 miles and more than 60 marathons!

He hopes his Forrest Gump-esque endeavor will bring climate policy to the forefront of the summit with a literal and pertinent message: time is running out.

I hope these examples of climate activism helped to inspire your further action in our fight against climate change. Remember, even small actions add up to make a big difference. Keep fighting the good fight!