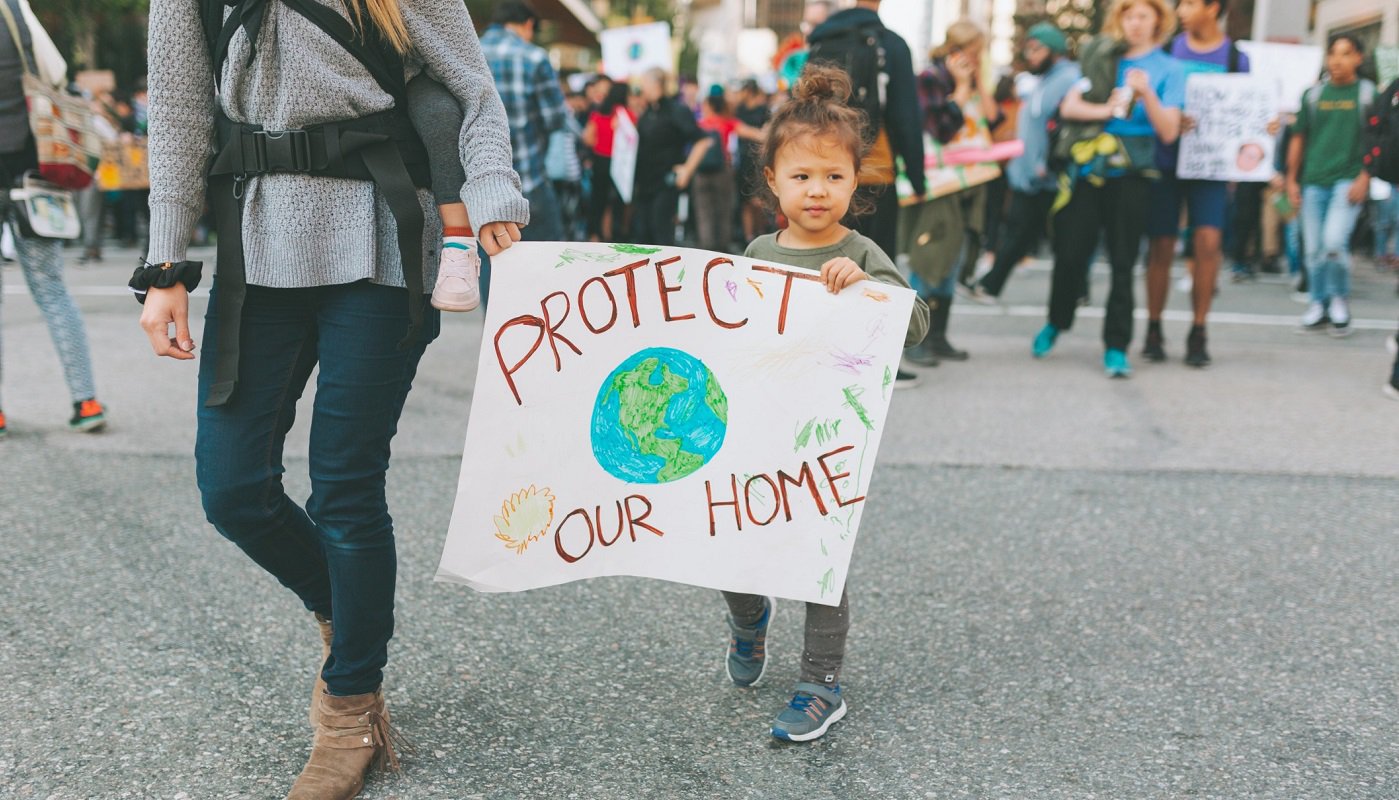 Climate change is affecting lives and disrupting economies throughout the world. Changing weather patterns require immediate attention and action from everyone, especially the world leaders.

“This is all wrong. I shouldn't be up here. I should be back in school on the other side of the ocean. Yet you all come to us young people for hope. How dare you. You have stolen my dreams and my childhood with your empty words. Yet I am one of the lucky ones. People are suffering.” – Greta Thunberg, at UN Summit in New York

“I don’t think it’s fair for us to be impacted by that if we don’t have a say in it. We’re not rocket scientists who could come up with a whole new fuel for planes… We need to put pressure on our government to work with scientists and engineers to help fix it, to come up with better ideas, better ways of travel.” Culture Trip

Svante Thunberg is a Swedish actor, producer and writer and the father of Greta Thunberg.

“While we were saying all these things about taking care of our fellow men, we were flying around, eating meat, buying things, driving a car, having two homes. Then we realized that we of course are a huge part of the problem, in fact, we were part of the problem. Greta could not get around that, and it made her upset… She told us we had to change.” Brainy Quote

Kevin Patel is a climate justice activist from Los Angeles. He has founded OneUp Action to amplify youth voices on the climate crisis.

“To think that we as young people have to keep fighting to have a livable future, or to even have a future is wrong. And I think we need to – politicians need to act now because we don’t have time left.” NowThis News

Jamie Margolin is another young American climate activist and the co-founder of Zero Hour.

Lisa Deville is a native American climate activist and the president of Fort Berthold Protectors of Water and Earth Rights.

“We have allowed industry in our tribal schools here who tell our children that their way is the safest way, never telling them that the contamination comes from oil and gas extraction… This oil and gas hit us so fast that it is like an arrow shot up in the air and we are running around trying not to get hit.” Medium

Brett Isaac is a solar entrepreneur and the founder and Co-CEO of Navajo Power an organization that builds clean energy projects to benefit the tribal and impacted communities.

“My biggest accomplishment would be the empowerment of Navajo people by showcasing how we can build solar units in an area thought to be absent of development or growth. We can build our own solutions to issues of electrification and economic development through the use of solar.” Brewminate

“I would hope the animals, plants and spirit recognize our prayers — and they have been listening — to save the sacred places of our ancestors. It’s our identity, we’ve been erased so much that it can’t happen any more.” Peacock Magazine

Frank Ettawageshik is another native American activist and executive director of United Tribes of Michigan.

“One person cannot save only their part of the world. We either save the whole world or we don’t save it. We all have to work together. The idea that we can all pull together to do this is really important.” GOOD Magazine

Zina Rodrigues is a young American activist who works full time for the Sunrise Movement.

“I knew that it was my duty to work on this for the rest of my life, until we get this fight done. And I think it's similar to a lot of young people, in that they feel like this is a moral calling for them, in a sense.” NowThis News

Hakim Evans is a young American climate activist and a fellow at Alliance for Climate Education.

“The reality is that it’s not always possible to cope with anxiety stemming from the climate crisis, but it’s important to find something that gives us positive energy and can reaffirm our hope for the future.” Ace Space

Vani Murthi is an Indian urban farmer, also known as queen of compost and an active campaigner for solid waste management.

“All of us can compost. It is so exciting to compost and it is one of the best action that we all can take everyday because when you look at the changes in the climate we need to take action and everyday we can take action by composting our kitchen waste by keeping away the 60% of the waste that we generate and converting into this amazing soil to grow our food.” TEDx Talks

Ana Sandoval is an American politician and councilwoman for San Antonio, Texas.

“In the end, all the struggles have the same objective: the defense of life. That is the most important, no matter where we are or what the specific goal of each fight is.” Global fund for women

“I think calling it climate change is rather limiting. I would rather call it the everything change.” Slate.com

Kumi Naidoo is a South African activist for human rights and the environment.

“The struggle to avert catastrophic climate change is bigger than all the other struggles, whether it is slavery, democracy struggles, the woman’s right to vote, and so on … I would argue that if what is at stake is securing life as we know it, then there can be no bigger struggle that we face.” QuoteFancy

Gisele Caroline Bündchen is a Brazillian model, businesswoman and activist.

“One thing leads to the other. Deforestation leads to climate change, which leads to ecosystem losses, which negatively impacts our livelihoods – it’s a vicious cycle.” Origin Magazine

Kofi Annan was a Ghanain diplomat and the seventh Secretary General of the United Nations.

“The world is reaching the tipping point beyond which climate change may become irreversible. If this happens, we risk denying present and future generations the right to a healthy and sustainable planet – the whole of humanity stands to lose.” Soroptimist International

Ban Ki-moon is a South Korean diplomat and eighth Secretary General of the United Nations.

“Climate change is the single greatest threat to a sustainable future but, at the same time, addressing the climate challenge presents a golden opportunity to promote prosperity, security and a brighter future for all.” at the UN Climate Leaders Summit 2014, Washington DC.

Pope Francis has been the current head of the Catholic Church since 2013.

“The time for seeking global solutions is running out. We can find suitable solutions only if we act together and in agreement.” EarthBeat

“What you do makes a difference, and you have to decide what kind of difference you want to make.” Eco-Age

Stephen Hawking was a genius English physicist and author and a strong advocate of stopping climate change.

“Earth might one day soon resemble the planet Venus, with temperatures of 250C and sulphuric-acid rain.” Independent.co.uk

“Next time you meet a climate-change denier, tell them to take a trip to Venus; I will pay the fare” Climate Action

“It's your generational responsibility to leave the world a better place than you found it. That's how I was raised. That's what my parents always told me, ‘Leave this place better than you found it’, whether it's the bathroom or the kitchen or the planet.” Hello Giggles

Bunny McDiarmid is a New Zealand based environmental activist.

Matt Larsen-Daw is the Education Manager for WWF UK.

“For better or for worse, one leader can change the world… the next leader could be you.” Climate Action

“It's not too late. We can still save our planet but we need to cooperate and we need to act right now!” Climate Action.

Francesco La Camera is an Italian diplomat and civil servant and the second Director-General of the International Renewable Energy Agency.

“Climate change is real and to avoid the worst effect of it, we have to act now. Around the world, countries, companies are making efforts to reduce their carbon emission. The fact is that change is happening but happening too slow. Young people have to be involved. Your home is the planet. To protect the environment is to protect your own future.” Youtube

“I would say to all young people, start taking action from your place right now. It's our time!” Voices of Youth

“How can we take action and work together if everyone is not equally informed about what is happening? The only way to do this is to make sure that everyone gets an empowering and relevant climate and ecological education in their school curriculum. It is our right as young people to learn about the climate crisis.” The Global Goals

"Young people are the agents of change. Some of us will be leaders of tomorrow, so it is a must that we are informed about what is happening around us so that we can plan better, sustainable solutions for the future." Global Citizen

Tofiq Pasha is a Pakistani horticulturist who encourages people to plant trees, compost their organic waste and conserve water.

“One of these days Mother Nature is gonna toss her head and drop all the humans off it and The Earth will go back to what it used to be!” Instagram

To save the planet from the climate crisis, we need to take action on both an individual and a collective level. The climate activists around the world are spreading awareness, challenging the world leaders and making change happen each day with their consistent action. We all need to join hands, raise our voice and take action to avert the climate crisis.